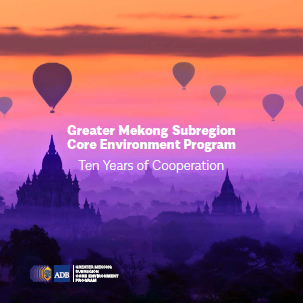 Launched in 2006, the Core Environment Program (CEP) supports environmental cooperation efforts to contribute to a vision of an ecologically rich Greater Mekong Subregion (GMS) that is free of poverty.

From 2006 to 2011, the first phase of the program identified and protected biodiversity areas under threat from economic development. Its flagship project was the Biodiversity Conservation Corridors Initiative. The program expanded its work to broader environmental governance, working with governments to improve environmental planning capacity. It played a leading role in promoting the use of strategic environmental assessments and environmental performance assessments by GMS countries.

Operations were expanded in the program’s second phase, from 2012 to 2017. The program moved from pilot on-the-ground interventions in core biodiversity areas to broader landscape and planning support for economic corridors. With climate change rising on the international agenda, the CEP became a leader in the subregion’s efforts to reduce carbon dioxide emissions in road freight, and solutions to build the climate resilience of rural communities. It increased its portfolio with environmental impact assessments, land-use modeling, and other tools and approaches for environmentally sustainable economic development. The program also stepped up efforts to build the capacity of environment ministries. Read more.