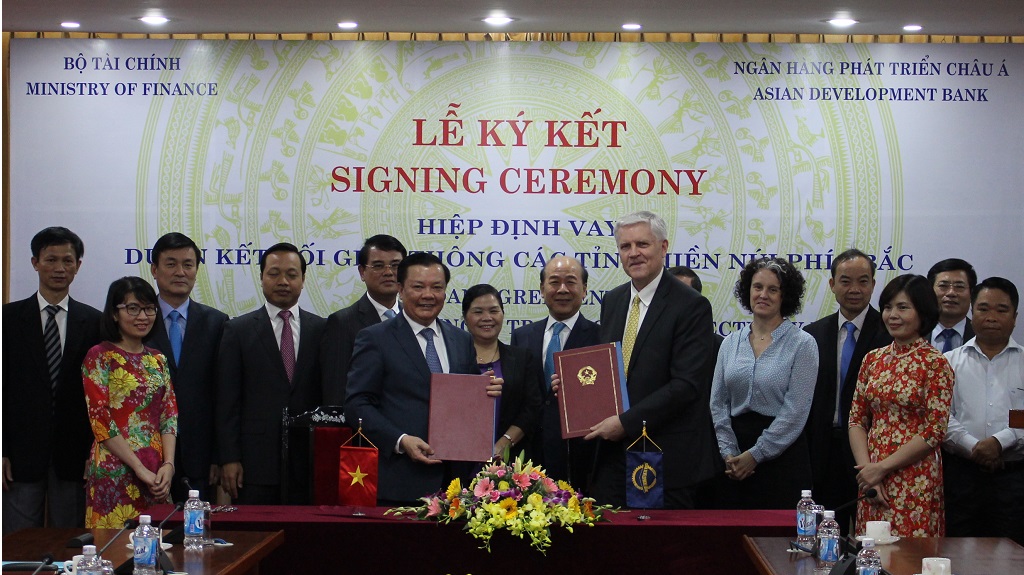 The Government of Viet Nam and the Asian Development Bank (ADB) have signed in March a $188 million loan to improve 198 kilometers of roads in northwestern provinces. Estimated to cost $240 million, the project is also supported by a grant from Australia and counterpart funds from the Viet Nam government.

The project, which was approved by the ADB Board in December, will connect remote areas of Lai Chau, Lao Cai, and Yen Bai provinces to the Noi Bai-Lao Cai Expressway. It is designed to help boost trade with two other countries in the Greater Mekong Subregion, the Lao People’s Democratic Republic and the People’s Republic of China (PRC).

The mountainous northwest region has the highest poverty rate in Viet Nam at 45% in 2016, compared with 18% nationwide. The region relies on small-scale industrial companies, such as stone, lime brick, and metal ore exploitation and processing.

At the loan signing ceremony, ADB Country Director for Viet Nam Eric Sidgwick said the project will “expand the benefits of the GMS corridors to the northwestern provinces.”

These provinces have not benefited from the backbone of the northwest region’s road network, the Noi Bai-Lao Cai Expressway, which is part of the subregion’s Kunming-Hai Phong Transport Corridor that connects the Ha Noi Region to the PRC’s Yunnan province. The national and provincial road networks are largely incomplete, and the condition of the existing roads is generally poor and are vulnerable to natural disasters.

"The improved connectivity will not only boost border trade, private investment and job creation in the region, but also provide better access to basic social services, such as education, health care, job training and emergency disaster relief for the people of the northwestern provinces, especially the poor ethnic minorities," Sidgwick said.

The project has climate-resilient features, such as slope protection in areas prone to landslides and rockfalls.

According to the Vietnam News Agency, the government is targeting project completion  by 2024.