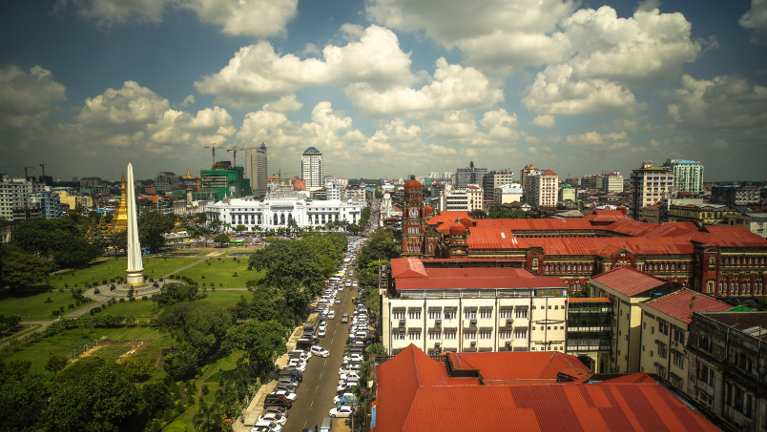 The Myanmar government recently approved a project that will ensure the completion of the Greater Mekong Subregion East-West Economic Corridor, which stretches from Danang, Viet Nam to Yangon, Myanmar.

The government of Thailand has agreed to shoulder the 1.8 billion baht (US$ 52 million) cost for improving a 68-kilometer road linking the towns of Eindu and Thaton in southern Myanmar. The two countries are also in the middle of negotiations to ease travel restrictions on their borders.

Related roadworks along the EWEC

The Asian Development Bank (ADB) is currently supporting the upgrade of an adjoining segment of the East-West Economic Corridor. It approved a $100 million loan in 2015 to improve a 66.4-kilometer section between Eindu and Kawkareik town in Myanmar’s Kayin state.

The ADB project is adding paved shoulders suitable for bicycles, motorcycles, and agricultural vehicles; realigning some sections to ease traffic and for better road safety; and climate-proofing the two-lane road, including elevating portions in flood-prone areas and improving drainage.

Thailand previously helped improve a segment of the road connecting Kawkareik and Myawaddy, another town in Kayin state.

Myanmar and Thailand are also preparing a memorandum of understanding under the GMS Cross-Border Transport Agreement, which would allow passenger buses and commercial trucks to drive through the Mae Sot-Myawaddy border gate without time-consuming intermediary stops. The MOU is expected to be ready for signing by December.

ADB continues to support the implementation of the CBTA, which promotes transport and trade facilitation in the GMS.

Business is Booming along the East-West Corridor in Viet Nam