The report offers policy recommendations for ministers in the Greater Mekong Subregion on how the zones can contribute toward improving competitiveness of economic corridors and thereby promote economic development. 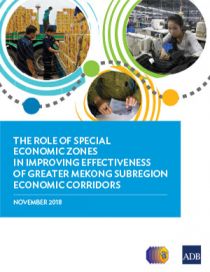 Are Special Economic Zones the Key to Unlocking Greater Economic Growth in the GMS?