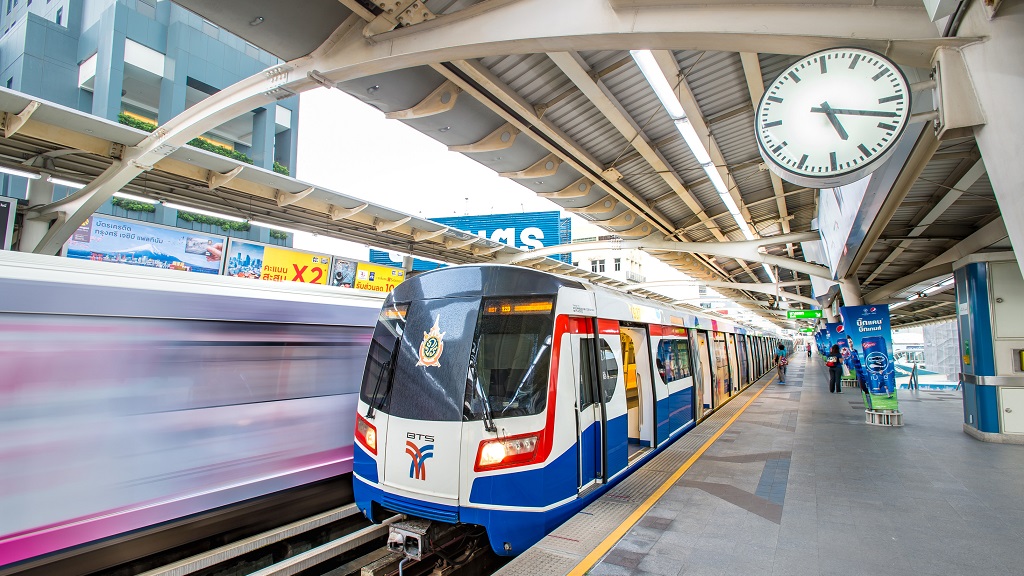 The Greater Mekong Subregion (GMS) is gearing up to expand its railway network beyond borders to boost travel and trade.

Representatives from Cambodia, the People’s Republic of China (PRC), Lao People’s Democratic Republic, Myanmar, and Thailand met at the Asian Development Bank (ADB) headquarters in Manila on 24 May to discuss the framework agreement to accelerate railway connectivity within and beyond the subregion.

With support from ADB and the Government of Australia, the GMS countries have developed a high-level framework for improving cross-border rail transport connectivity in the subregion. Meetings were held since 2017 to develop and deliver multilateral and bilateral railway agreements for railway network development and operation.

Earlier, ADB also helped lay the groundwork for priority rail links in the subregion with support from the People's Republic of China Poverty Reduction and Regional Cooperation Fund. The technical assistance project studied nine priority missing links in the GMS railway, and conducted feasibility studies and developed a model, which formed the basis for further updating the subregion's railway strategy.

The strategic framework of the GMS Economic Cooperation Program sees the importance of ensuring that all countries in the subregion are connected to a seamless GMS rail network. The Greater Mekong Railway Association was established in December 2013 to work on network connectivity, integration, and interoperability.

Constructing the priority links in the GMS rail network are estimated to cost $37 billion. These include routes that are part of ASEAN’s flagship Singapore–Kunming Rail Link (SKRL) project, which will connect the People’s Republic of China (PRC) with countries in Southeast Asia.

Two priority links in the SKRL Main Line that connect Cambodia and Thailand have been completed. The Poipet–Aranyaprathet rail link was repaired and reopened in May 2019. The Aranyaprathet-Klong Luk border bridge was finished in 2016.

The Hekou-Lao Cai rail link between Yunnan province in the PRC and Viet Nam was completed in 2014. This is also part of the SKRL Main Line.

Projects in the pipeline

The GMS Regional Investment Framework 2022, which provides the medium-term pipeline of priority projects in the subregion, includes funding commitments in the railway subsector. These are the Dali–Ruili Railway and Yuxi–Mohan Railway in the PRC; Vientiane–Thakhek–Mu Gia Railway Project in the Lao PDR; and the Den Chai, Chiang Rai, and Chiang Khong rail line and national railway improvement project in Thailand.

Several initiatives and ongoing projects will also contribute to creating a seamless GMS rail network and rail links beyond the subregion. The PRC, Lao PDR, and Thailand recently agreed to build a railway bridge that will also be part of SKRL. Thailand is developing a double-track railway in Chiang Khong in the western subcorridor of the North–South Economic Corridor, and another one in Nakhon Phanom, which borders the Lao PDR.

All Aboard! Riding the Rails in the Greater Mekong Subregion