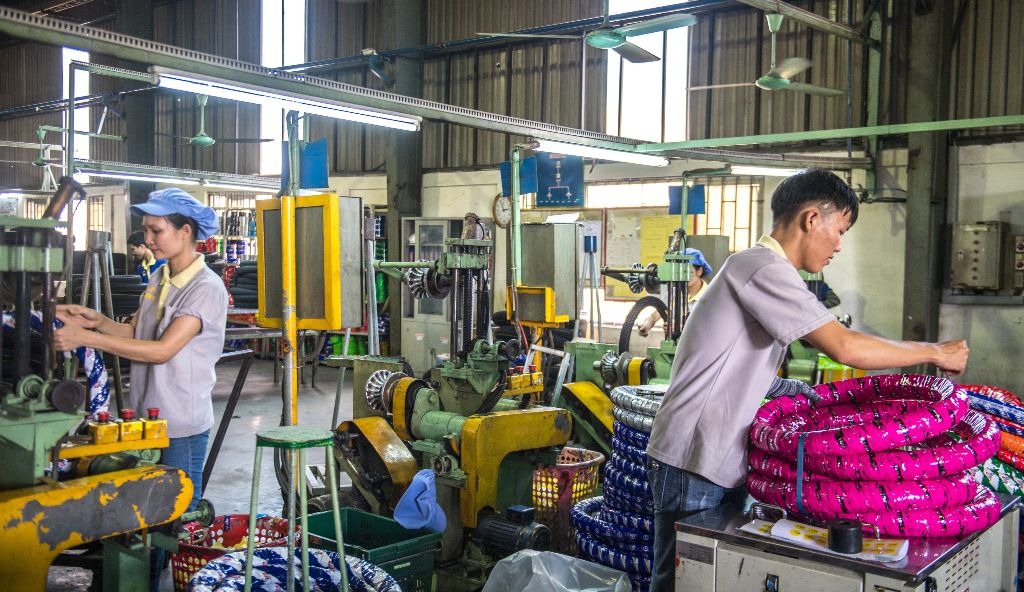 Foreign ministers from Japan and five Mekong nations this month identified areas of cooperation under a new strategy and reviewed the progress of joint projects in the East-West Economic Corridor and Southern Economic Corridor.

The 11th Mekong-Japan Foreign Ministers Meeting was held in Singapore on 3 August on the sidelines of the 51st ASEAN Foreign Ministerial Meeting. The ministerial meeting includes the five Southeast Asian nations along the Mekong River and promotes the development of the Greater Mekong Subregion as well as the ASEAN Economic Community.

According to the statement issued by the meeting's chairman, the foreign ministers identified three priority areas for future cooperation to narrow the development gap  and strengthen regional integration and participation in the global value chain. The priorities are enhanced connectivity through quality infrastructure; people-to-people connectivity, particularly through human resource development, universal health coverage, primary and higher education, and women’s empowerment; and sustainable development, including sustainable water resource management of the Mekong River.

The ministers agreed to work out a new strategy in line with these priorities at the 10th Mekong-Japan Summit in Tokyo in October this year.

The ministers also reviewed the progress of projects to enhance connectivity in the subregion. The Japan-Mekong Connectivity Initiative, launched in 2016, invests in transport and institutional infrastructure in the Greater Mekong Subregion and supports the development of the East-West Economic Corridor and the Southern Economic Corridor.

The ministers noted how the Japan-Mekong Connectivity Initiative has reduced travel time and promoted trade in the subregion through infrastructure development in the East-West Economic Corridor and the Southern Economic Corridor. These include completed and ongoing road projects in Cambodia, Lao PDR, Myanmar, and Viet Nam, and capacity development at Cambodia's Sihanoukville port. These are complemented by "soft" infrastructure projects, such as improving automated cargo clearance in Viet Nam and Myanmar, the Sustainable Future a City Initiative in Thailand, and human resource development for the private sector.