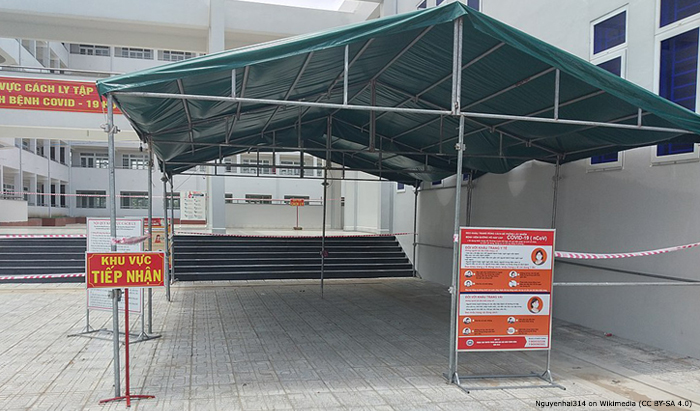 Limited resources did not stop Viet Nam from implementing a quick and effective response against the coronavirus disease (COVID-19). As countries all over the world work to overcome the novel coronavirus outbreak, Viet Nam, a country with a population of 95 million, boasts a remarkably low infection rate of only 271 total confirmed cases and no deaths, according to the World Health Organization situational report (as of 5 May 2020).

What’s the secret to Viet Nam’s ‘success’ in handling the COVID-19 pandemic? An article by the Diplomat gives a run through of how Viet Nam responded swiftly, decisively, and effectively to stop the virus in its tracks.

Viet Nam prepared for the outbreak early, even before its recorded first case. Ministries and relevant agencies, under the guidance of the Ministry of Health, were tasked to undertake drastic measures to prevent the novel coronavirus from spreading into the country, as early as 17 January. This includes close monitoring of the development of the disease in the People’s Republic of China (PRC) and strengthening medical quarantine at border gates, airports, and seaports.

Ramped Up Response upon Confirmation of First Cases

Viet Nam ramped up its response shortly after it recorded its first cases on 23 January.

Early Success and Entry to Phase 2

By the end of February, all of Viet Nam’s 16 cases had fully recovered. On 27 February, the U.S. Center for Diseases Control (CDC) removed Viet Nam from the list of countries with risk of community spread of the virus.

However, on 6 March, Viet Nam confirmed patient 17, a returning traveler from Europe. On 8 March, Deputy Prime Minister  and Minister of Health Vu Duc Dam announced Viet Nam officially entered the second phase of the fight against COVID-19. He emphasized that this phase is even more difficult than the first one, because the disease had already spread to more than 100 countries. He reassured his countrymen that they are ready to respond to any circumstance.

On 10 March, the Ministry of Health launched the health declaration mobile application NCOVI. They urged Vietnamese citizens and foreign arrivals to update their health status on the mobile app. The WHO declared COVID-19 a global pandemic on 11 March.

By 18 March, all those who enter the country, both foreign and Vietnamese, need to be quarantined for 14 days. On 22 March, Viet Nam decided to suspend foreign entry.

Viet Nam entered the third phase on 23 March as risks of community spread are high. The Ministry of Health predicted that the outbreak will reach its peak in April.

In follow-up to this:

The Diplomat article highlighted that Viet Nam’s model for containing the outbreak is  a successful “low-cost model.” Along with common policy actions, such as contact tracing, ramping up production of medical supplies, and installing checkpoints at airports, Viet Nam’s success can be attributed to its proactiveness.

How Vietnam Contained COVID-19 and Why its Economy Will Rebound