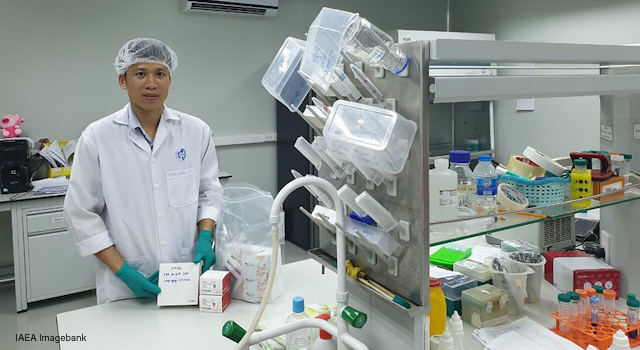 Strong commitments toward achieving universal health coverage (UHC) made by some developing member countries of the Asian Development Bank (ADB), including Greater Mekong Subregion members Thailand and Viet Nam, prepared these countries to better manage the health and economic impacts of the coronavirus disease (COVID-19) pandemic.

“COVID-19 has exposed the gaps and deficiencies in the region’s health systems and the interdependence between health security and economic stability, underscoring the importance of UHC,” noted the ADB feature. “Achieving UHC means that everybody can access the quality health services they need without suffering financial hardship.”

Read on to learn how UHC in Thailand and Viet Nam UHC have limited the impact of COVID-19:

Thailand adopted a UHC policy in 2002. Its health insurance scheme, which covers close to 75% of the population, is funded through general taxes and managed by the National Health Security Office (NHSO), which allocates funding based on capitation, such as numbers of registered UHC-eligible members in service areas, for outpatient care and diagnosis-related group-based payments for inpatient care. Two decades after the introduction of its UHC policy, Thailand continues to monitor UHC population coverage, service coverage (both preventive and curative), and financial risk protection. According to the WHO Global Health Expenditure database, out-of-pocket expenditure has declined substantially—from 34% in 2001 to 14.8% in 2007 and 11.1% in 2017.

The country’s successful implementation of UHC, and its ability to achieve good health at a relative low cost, is largely due to comprehensive geographical coverage of primary health care (PHC)—with almost 9,800 health centers acting as gatekeepers for referral to secondary and tertiary care. Even before the implementation of UHC, and over the past four decades, Thailand had substantially invested in basic healthcare infrastructure and human resources for health. Since the 1970s, one of the unique contributors to the Thai health system has been the large corps of Village Health Volunteers (VHV), totalling more than one million. These VHV have helped support the prevention, detection, and reporting of COVID-19—minimising local transmissions, raising awareness in the community, and encouraging people to comply with disease control measures.

Thailand implemented a decisive, coordinated response to COVID-19, including the formation of the Center for COVID-19 Situation Administration, a national task force that provided daily briefings to the public, and implementing rolling curfews, lockdowns, and restrictions on international and domestic travel. In July, it had set up more than 200 COVID-19 laboratories to expand testing, while the country’s network of public and private hospitals has kept the fatality rate under 2%. On 21 August, the government announced Thailand had gone more than a month with no new cases.

Viet Nam has invested heavily in its public health care system and health spending has outpaced the country’s recent booming economic growth. Since 2000, for every 1.0 percent increase in GDP per capita, public spending on health has increased by 1.7%. This has translated to an almost three-fold increase of spending in constant US dollars, from $46.2 spent on health per capita in 2000 to $129.6 in 2017. A social health insurance scheme was introduced in Viet Nam in 1992 and between 2000 and 2017, coverage in the scheme increased from 13% to 87% of Viet Nam’s population. Viet Nam’s tiered health system infrastructure also helps to ensure that local needs are met. Across the country, there are more than 13,000 public facilities, with an additional 35,000 health facilities in the private sector. Viet Nam’s health system is also performing well in terms of ensuring financial protection. The incidence of catastrophic health expenditure has reduced from 14.4% in 2006 to 9.4% in 2016 (at the 10% threshold). The country is also prioritizing preventive care: at least 30% of the total health budget is allocated for preventive services. As part of its commitment to achieving UHC and strengthening preventive care, Viet Nam has been moving toward building national emergency preparedness and response capacities to improve health security.

Viet Nam has been hailed for its response to COVID-19, issuing public health warnings based on risk assessment before the first had appeared in the country, instituting rigorous contact-tracing procedures, closing borders, and introducing the Prime Minister’s Directives on nationwide social distancing. However, the resurgence of cases in July in the coastal city of Da Nang and other cities/ provinces underscored the flexibility and responsiveness of Viet Nam’s health system. Rapid response teams and additional health workers were deployed to the outbreak’s epicenter, followed by the establishment of a 200-bed field hospital, the conversion of a stadium to a 1000-bed isolation facility, and the expansion of testing capacity. While number of cases increased dramatically during the first two weeks of August, the situation now appears largely under control. Viet Nam’s investment in UHC, particularly in preventive measures, have helped to ensure that sufficient infrastructure and systems existed to support COVID-19 response.

View the original post here, and read about examples from the Republic of Korea and Sri Lanka.