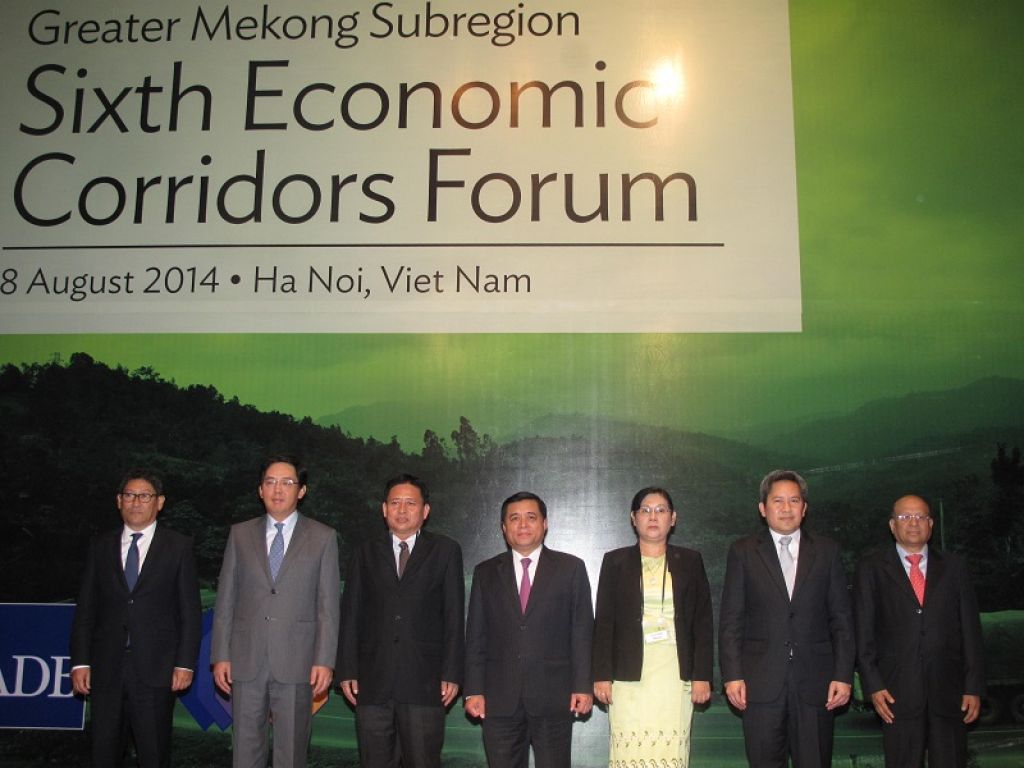 Ministers, vice-ministers, senior officials, development partners, and representatives of the private sector from the six GMS countries joined the forum to review its achievements over the last six years and take stock of cross-border transport and trade initiatives in the region.

“Most of the infrastructure required for enhanced connectivity has been put in place, particularly the transport links that form the base of the envisioned economic corridors,” Bindu Lohani, Vice President at the Asian Development Bank, told participants. “The crucial question now is how to ensure that these infrastructure links will yield their intended benefits in terms of increased trade flows, investment activity, industrial growth, employment, and incomes.”

The ECF needs to go back to its original focus of finding ways to boost trade and investment, and hasten the development of industries along the economic corridors, participants heard. Among the key ways to achieve this are through transport and trade facilitation, and the development of special economic zones such as cross border economic zones, export processing zones, and industrial parks.

The forum also discussed ways to improve coordination and integration in carrying out the proposed measures by sharing experience within and outside the region and promoting involvement of the private sector, among others.

The GMS countries formed the ECF in 2008 to bolster efforts in transforming GMS transport corridors into economic corridors—connecting dynamic hubs of economic activity. It serves as a single body focusing on economic corridor development and helps improve interaction between the public and private sectors, and between central and local governments.

ADB has supported the establishment of the East-West, North-South, and Southern GMS Economic Corridors since 1998 to promote economic growth and integration in the subregion.

ADB has reaffirmed regional cooperation and integration as one of its core operational areas during its Midterm Review of the Strategy 2020. ADB aims to have at least 30% of its operations supporting this area by 2020. ADB will build on this support to expand connectivity within the GMS and other subregions.