Finding a Voice for Women Entrepreneurs in Viet Nam
Articles 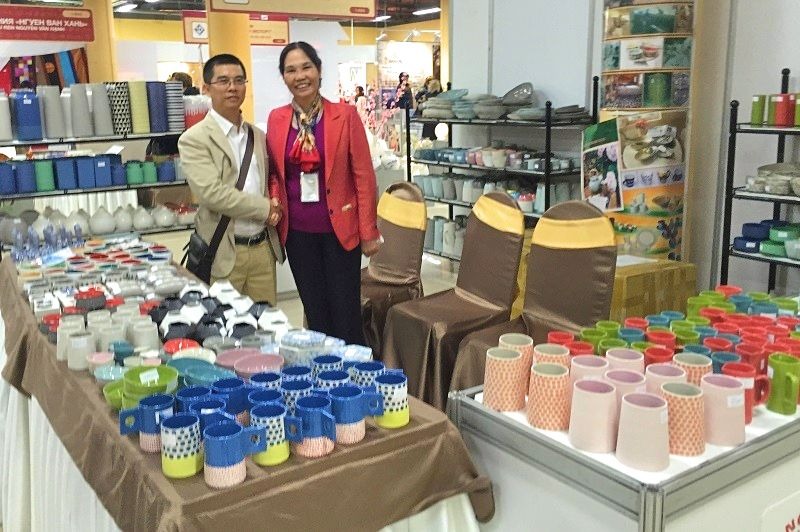 The Mekong Business Initiative is helping Vietnamese businesswomen build their capacity to engage the government in dialogue.

Ha Thi Vinh is one of Viet Nam’s first “post subsidy period” entrepreneurs. After the Doi Moi economic reforms and the lifting of restrictions on private business, Ms. Vinh left a state-owned enterprise to establish Quang Vinh Ceramics in 1989. Originally from Bat Trang ceramic village, she believed in the international appeal of her hometown craft.

Viet Nam had suffered from years of economic isolation, but Ms. Vinh didn’t allow that to stifle her global ambitions. Inspired by the legacy of her 16th century ancestors, who traded with the East Asia and Europe, she targeted international wholesalers.

“In our factory in Quang Ninh, we hire women from rural areas and train them to become skilled workers,” says Ms. Vinh. “They produce high-quality handicraft products that are accepted by the global market. We are very proud of that.”

Challenges faced by women in business

Running a small or medium-sized enterprise (SME) is not without its challenges, but obstacles are experienced more by women entrepreneurs.

Employing a workforce that consists predominantly of women also presents its own set of challenges. Ms. Vinh explains: “There is a lot to think about. For example, if an employee’s child is sick, she takes the day off work. Another example is maternity leave. We also need to consider health insurance and social insurance.”

Ms. Vinh has a profound understanding of gender dynamics in the Vietnamese business environment. She has been deputy chairwoman of the Hanoi Women's Association of Small and Medium-Sized Enterprises (HAWASME) since the association’s early days.

For 20 years, the association focused on providing networking opportunities and trade promotion for members. A platform for exchange between women entrepreneurs is valuable, but with little capacity for policy advocacy, the association’s capabilities were limited.

For example, as Viet Nam was preparing a law to support SMEs in 2016, various women’s business associations, including HAWASME, pointed out that the law did not offer any specific support to women entrepreneurs. Trying to exert any form of tangible influence proved ineffective.

“We found it impossible to speak out and propose our recommendations concerning business regulations and law,” Ms. Vinh says. “It was believed that women entrepreneurs still depended on their husbands.”

Understanding the importance of women-owned SMEs, the Mekong Business Initiative, which is sponsored by the Australian government and the Asian Development Bank, aided HAWASME in leading a coalition of 20 Vietnamese women’s business associations to advocate for support for women entrepreneurs in the law.

The Mekong Business Initiative organized advocacy workshops, supported conferences for the coalition, and shared international best practices. It also invited key representatives and agents from relevant government bodies to listen to the coalition’s recommendations, a move which Ms. Vinh found most effective.

In 2017, after a year-long advocacy process, the law was passed with the inclusion of two articles that support women-owned SMEs:

Within this law, the following terms will be interpreted as follows:

1. Women-owned Small and Medium Enterprise (SME) is a small and medium enterprise of which 51% of chartered capital is owned by one or more women, and at least one of the women shareholders is in the management board of the enterprise.”

5. In case many small and medium enterprises meet criteria for support, women-owned SMEs and female labor intensive ones are given priority.”

“The Mekong Business Initiative’s involvement and support legitimized our voice,” says Ms. Vinh. “Now our associations serve as a bridge that connects government and business. Our opinions are shared, discussed, and voiced to the government. This is so important.”

Opening Opportunities for Local Startups in the Mekong Region