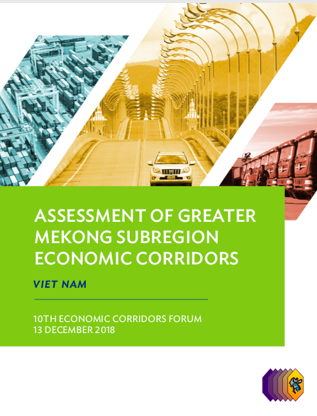 This report presents the findings of the assessment of the Viet Nam component of the Greater Mekong Subregion economic corridors. It is part of the Assessment of Greater Mekong Subregion Economic Corridors package, which consists of six country reports and an integrative report prepared by a study team led by the Asian Development Bank, which serves as the GMS Secretariat.

Viet Nam shares borders with the People’s Republic of China (PRC) in the north, the Lao People’s Democratic Republic (Lao PDR) in the northwest, and Cambodia in the southwest. All the GMS economic corridors include Viet Nam, linking the country not only to the PRC, the Lao PDR, and Cambodia, but also to Myanmar and Thailand.

This assessment report focuses on (i) the status and physical condition of transport infrastructure and cross-border facilities, with emphasis on road transport; (ii) cross-border transport and trade; and (iii) economic potential (special economic zones, tourist attractions, and investment opportunities along and around the economic corridors).

Observations on the physical condition of the roads in the GMS economic corridors in Viet Nam are based on the field survey conducted in June 2017.