All Aboard! Riding the Rails in the Greater Mekong Subregion
Articles 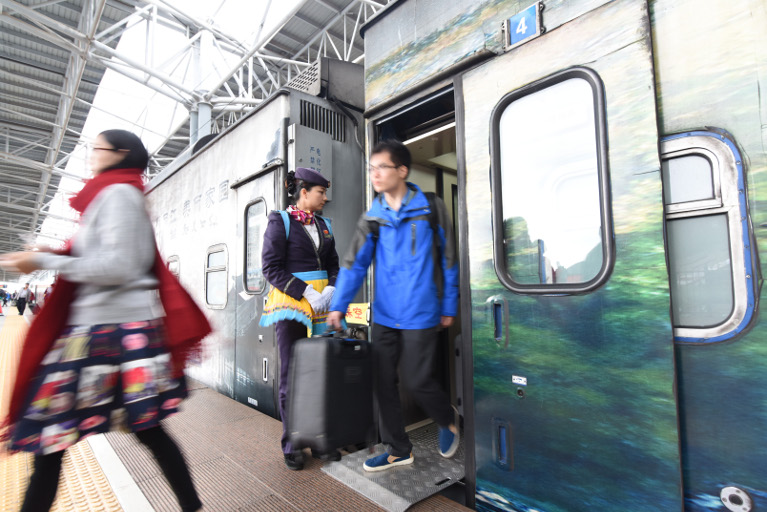 An ambitious effort is underway to connect the rail systems of Mekong countries so that passengers and freight can move seamlessly across borders.

Imagine boarding the overnight sleeper train in Ho Chi Minh City and waking up in Bangkok, or in Yangon a few days later. Or consider moving heavy cargo along such a route without having to rely on fuel-guzzling trucks.

This is not a reality today in the Greater Mekong Subregion (GMS), but it might be soon.

For more than a century each GMS country’s national railway system has developed in a vacuum, each with its own standards and procedures. Apart from a connection between the People’s Republic of China and Viet Nam, GMS railroads are not interconnected, constituting the “missing link” in the integrated transport system the subregion needs.

Leaders of the GMS countries noted that rail is the most efficient means of transporting large freight volumes over longer distances. The solution: developing integrated railway systems that move seamlessly across borders.

From roads to trains

Since its inception, the GMS has placed a heavy focus on development of the road sector – considered a fundamental aspect of connecting nations in the subregion. With road and bridges between GMS countries well developed, the focus is now shifting to rail.

GMS countries have traditionally concentrated on upgrading or developing national rail systems. Today they are moving to the next stage: linking those national lines into a regional system.

GMS countries are currently working on coordinating the many requirements of cross-border rail traffic. These include agreeing on and harmonizing numerous procedures, such as axle changes at borders, as well as developing compatible and mutually recognized immigration, customs, and health clearances.

The Greater Mekong Subregion Economic Cooperation Program Strategic Framework, 2012–2022 stresses the importance of ensuring that all countries in the subregion are connected to the GMS rail network by 2020. This ambitious goal calls for the development of a seamless rail network in the Greater Mekong Subregion as part of a regional cooperation strategy that promotes cross-border infrastructure development.

The Asian Development Bank (ADB) funded a technical assistance project to assess the requirements for regional rail connectivity and prepared the report, Connecting Greater Mekong Subregion Railways: A Strategic Framework, which was endorsed at the GMS ministerial meeting held in Ha Noi in August 2010.

This strategic framework provided a practical approach to GMS railway development with an initial outline for achieving integration and interoperability. It identified priority initiatives, built a platform for further dialogue, and provided a context for evaluating future projects. This has led to the establishment of the Greater Mekong Railway Association (GMRA), whose membership includes all the GMS countries.

“Rail connections within the GMS could be a game changer in terms of intra- and inter-regional trade and transport for Southeast Asia, reducing travel time and cost while increasing reliability and volume of transport,” said Jamie Leather, principal transport specialist at ADB and lead officer in charge of the GMRA.

Transport in the Greater Mekong Region