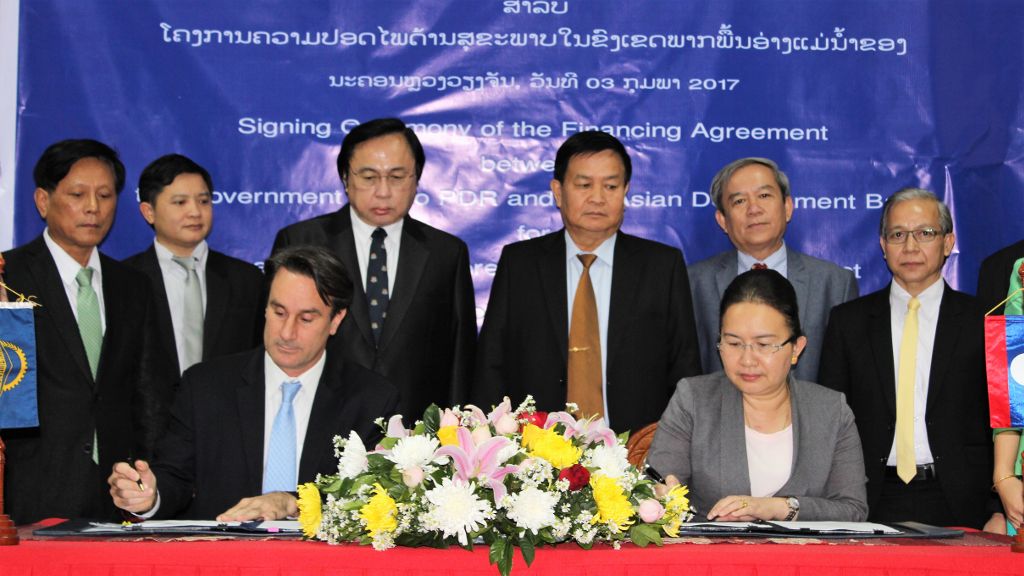 The package will support the government’s efforts to improve the control of emerging infectious diseases such as SARS and bird flu, as well as hospital services in 12 provinces across the country and the Greater Mekong Subregion (GMS).

The $12 million assistance for the Lao PDR is part of a $125 million loan and grant approved by ADB in November 2016 for the Governments of Cambodia, Lao PDR, Myanmar, and Viet Nam for the GMS Health Security Project. In the Lao PDR, the project will support the Ministry of Health’s efforts to digitize its disease surveillance system and strengthen the outbreak rapid response teams in remote areas.

The project will also focus on migrant and mobile populations, ethnic communities, as well as other vulnerable groups and populations living in remote border areas who have limited access to health services. It is also expected to strengthen regional, cross border, and inter-agency information sharing and coordination of outbreak control between the Lao PDR and other GMS countries. The Government of the Lao PDR will contribute $600,000 to the project costs.

The program will be implemented by the Ministry of Health and will run for 5 years, with an expected completion date of March 2022. ADB, based in Manila, is dedicated to reducing poverty in Asia and the Pacific through inclusive economic growth, environmentally sustainable growth, and regional integration. Established in 1966, ADB is celebrating 50 years of development partnership in the region. It is owned by 67 members—48 from the region.