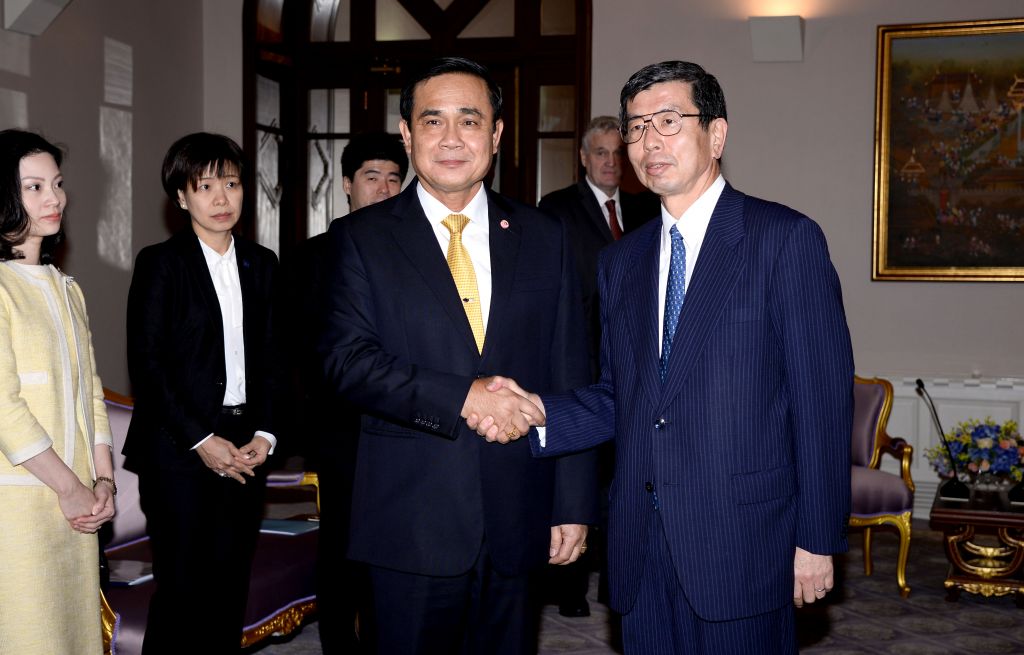 Mr. Nakao noted that Thailand’s broad economic outlook was encouraging heading into 2015. Thailand’s economic growth had fluctuated in recent years as the country weathered the global financial crisis, severe floods, and domestic political tensions. With restored confidence, increased government spending, and expected improvement of major industrial economies, ADB projects growth to reach 4% in 2015, up from 1% in 2014.

“Due to Thailand’s strategic location in the GMS, broad industrial base and rich natural resources for agribusiness and tourism, it has the potential to reach high-income status through continued reform efforts and appropriate policies,” said Mr. Nakao. “Thailand’s economic performance is also crucial to the prospects of GMS countries."

Mr. Nakao highlighted remaining challenges to strong and inclusive growth.  The education sector requires further reform to promote research and development and to supply the labor market with a high-quality and skilled workforce. He also stressed the importance of promoting good governance, including improving transparency and efficiency of state-owned enterprises, and measures against corruption. Social protection including the pension system should be strengthened to address growing inequality and to better serve a population that is among the fastest ageing in Southeast Asia.

Thailand has been a member of ADB since its inception in 1966. By the end of 2014, ADB has committed $6.4 billion to Thailand in loans, grants, and technical assistance.

ADB, based in Manila, is dedicated to reducing poverty in Asia and the Pacific through inclusive economic growth, environmentally sustainable growth, and regional integration. Established in 1966, it is owned by 67 members—48 from the region. In 2013, ADB assistance totaled $21.0 billion, including cofinancing of $6.6 billion.