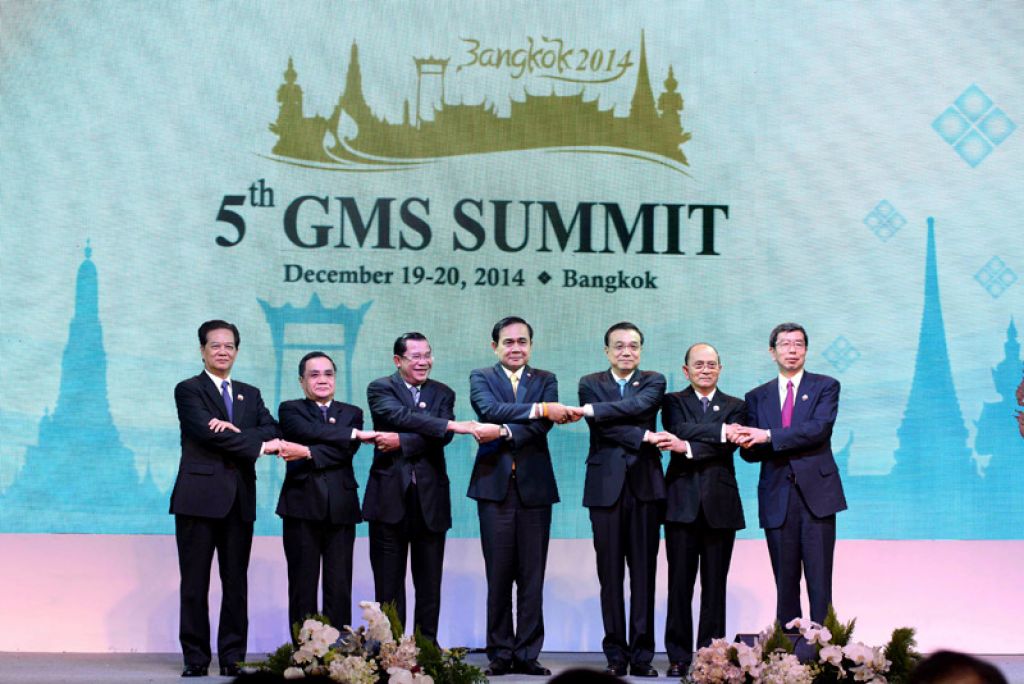 BANGKOK, THAILAND (20 December 2014) — The President of the Asian Development Bank (ADB), Takehiko Nakao, completed a two-day visit to Bangkok today, where he participated in the 5th Leaders’ Summit of the Greater Mekong Subregion (GMS) and met top officials of the host country to discuss ADB’s deepening partnership with Thailand.

Mr. Nakao met with Prayuth Chan-ocha, Prime Minister of Thailand, as well as other senior officials of the Government of Thailand, to discuss future directions for ADB’s partnership with the country.

In opening remarks to the GMS Summit, Mr. Nakao said the subregion has an opportunity to build on its success in promoting connectivity, economic competitiveness, and community through a new investment plan presented at the event.

“A key challenge now is to consolidate gains and ensure that they will be sustained and amplified over the long term,” said Mr. Nakao in his opening statement. “Implementing this plan will require support from our development partners and the private sector.”

Mr. Nakao commended the GMS Economic Cooperation Program for its achievements in fostering shared prosperity in the subregion. The GMS Strategic Framework 2012-2022, endorsed in 2011, and its supporting Regional Investment Framework and Implementation Plan, provide clear guideposts to move the GMS agenda forward in the Program’s third decade of cooperation, he said.

Mr. Nakao noted that the Implementation Plan identified 92 investment and technical assistance projects costing an estimated $30 billion, some of which will be financed by ADB. The Plan includes initiatives in all GMS Program countries, with transport sector projects accounting for 90% of estimated costs—reflecting a continuing need to fill the remaining transport gaps along GMS corridors.

Separately, Mr. Nakao delivered a progress report on cooperative GMS projects undertaken since the 4th Summit hosted by Myanmar in 2011. These include the 240-km Noi Bai-Lao Cai Expressway in Viet Nam—which provides a key road link from Ha Noi to the country’s northwest border with the People’s Republic of China (PRC)—and the signing of a memorandum of understanding to establish the Greater Mekong Railway Association to help address constraints to connecting GMS railways.

Since its inception in 1992, the GMS Program has undertaken 69 projects across 10 sectors. Of $16.8 billion in total project investments, about one third was financed by development partners, a third by ADB—which is the Secretariat for the GMS Program—and a further third by the GMS countries themselves.

ADB, based in Manila, is dedicated to reducing poverty in Asia and the Pacific through inclusive economic growth, environmentally sustainable growth, and regional integration. Established in 1966, it is owned by 67 members—48 from the region. In 2013, ADB assistance totaled $21.0 billion, including cofinancing of $6.6 billion.