3 Ways to Preserve the Natural Wonders of the Mekong
Articles 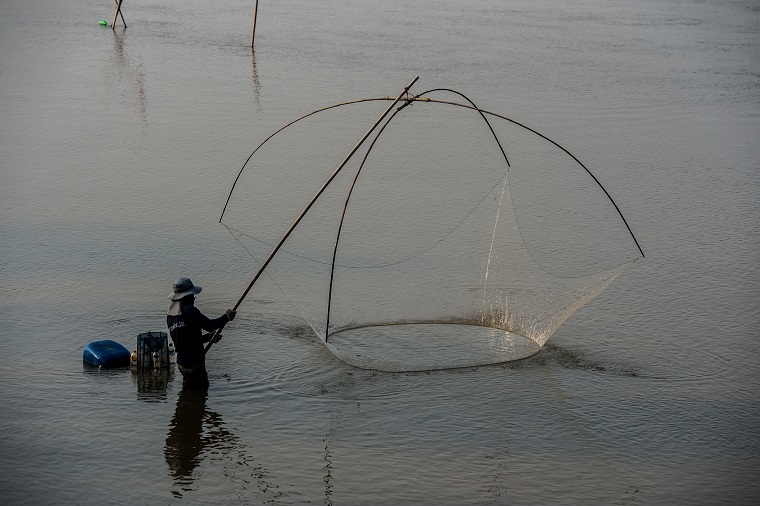 Monster Fish biologist spearheads a research project on how to sustainably manage one of the world’s most important ecosystems.

A team of researchers led by National Geographic fellow Zeb Hogan of Monster Fish fame is working with the Government of Cambodia to preserve and protect the Mekong River and its ecosystem, which are vital to the economic and social health of Southeast Asia.

Launched in February 2017, the 5-year research project, called The Wonders of the Mekong: A Foundation for Sustainable Development and Resilience, is supported by a USAID grant and involves the University of Nevada Global Water Center, Inland Fisheries Research, and Development Institute of Cambodia.

Using social media and other forms of mass media, the project will share stories about the way people use and benefit from the Mekong River and its tributaries. It will build institutional partnerships and develop educational materials to advance research on the importance of the Mekong River ecosystem.

According to a National Geographic article, Nevada-based biologist Hogan first visited the Mekong as a Fulbright scholar.

Over the years, his research in the region focused on migratory fish, and he became an expert on a “monster fish” from the Mekong, a giant catfish that has been recorded to grow up to 3 meters and weigh nearly 300 kilos. Hogan said the Mekong research team will use its findings to develop a model of effective stewardship to help protect vulnerable communities in the basin who depend on the river for ecosystem services.

A most productive ecosystem

The Mekong River Basin is one of the world’s most diverse and productive ecosystems. It is home to more than 1,300 species of fish as well as several endangered and vulnerable wildlife species. The Greater Mekong Subregion Atlas of the Environment estimates that the Mekong River Basin supports a fishery of about 2.3 million tons per year valued at some $2 billion.

There are about 400 deep pools in the Mekong where fish populations gather in the dry season. Annual fish yields of the Mekong however have come under pressure from human activities, such as overfishing, fragmentation and reduction of floodplains, and infrastructure development.

Roughly 85% of the more than 70 million people living in the basin rely on agriculture, forestry, and fishing for livelihood.

The Mekong Delta begins in Cambodia’s capital Phnom Penh, where the river divides into its two main distributaries, the Mekong and the Bassac. Tonle Sap, Southeast Asia’s largest inland lake and “the beating heart of Cambodia,” forms part of a unique hydrological system in the Mekong River system.

Aside from Cambodia, the 4,909-kilometer long Mekong River runs through five other countries: the People’s Republic of China, the Lao People’s Democratic Republic, Myanmar, Thailand, and Viet Nam. Together, these countries have embarked on several initiatives under the Greater Mekong Subregion program to protect and enhance their natural capital with the vision of a poverty-free and ecologically rich subregion.

“Conservation is important to all of us as healthy natural systems provide goods and services that sustain life and improve human wellbeing,” said USAID Mission Director Polly Dunford at the project launch in Phnom Penh. “Working together, through the Wonders of the Mekong partnership, we can maintain the ecological, cultural, and economic integrity of the most important river and delta system in the world.”

Cambodia and the Greater Mekong Subregion

Environment in the Greater Mekong Subregion